Yesterday afternoon I decided to see if the pot of soil that I had been storing for the past 8 months had any signs of life.

I carefully moved the dry leaves from the top and gently moved the very dry soil. A clump came away from the rest and inside this ball was a pupa lying in a space about 3 times its size. 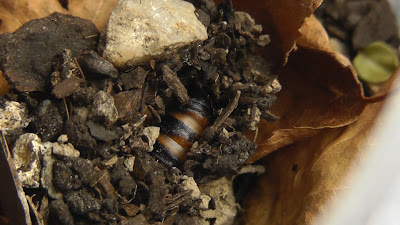 As I moved the soil I saw that the pupa wriggle, I'd obviously disturbed the little "fella". I read somewhere that emerging moths require moisture so I sprayed the pot with water.

I checked on the pot first thing this morning, no signs of life. An hour later there was moth clinging to the side of the pot. 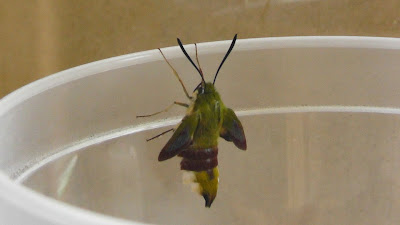 We'd never seen this species before and it took a while before we discovered it is a Clearwing Hummingbird Hawk Moth.

Then came time for release on this beautiful sunny day. With all the activity in the caterpillarium I thought once I opened the side it would be straight off, but no...

Second side off, still no movement, so I put in my hand and it climbed right on and sat for sometime, just preparing for take off. I always say this, I know, but I never imagined that he would climb on my hand . I have some Aquilegia flowers in the garden and thought that this would be a good place for it, then in a flash off it went.
Posted by Nyki at 15:00 No comments: 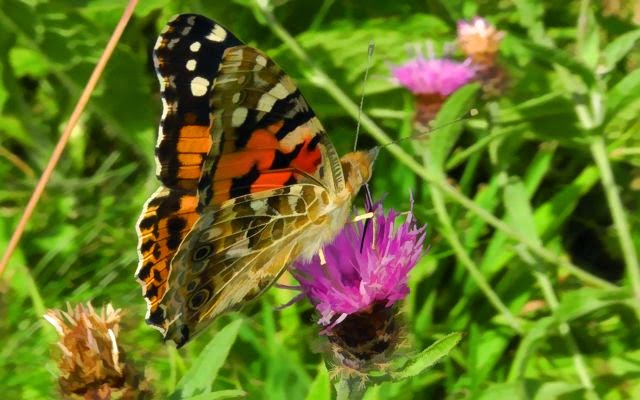 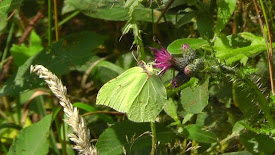 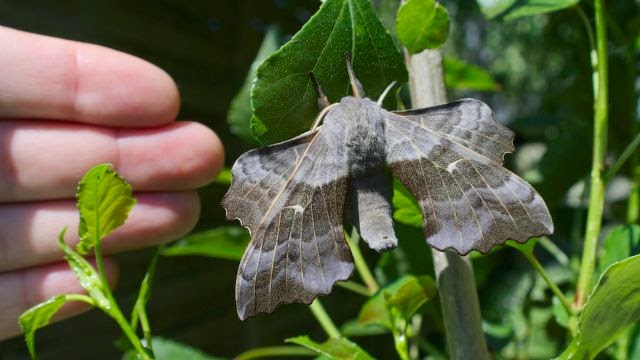 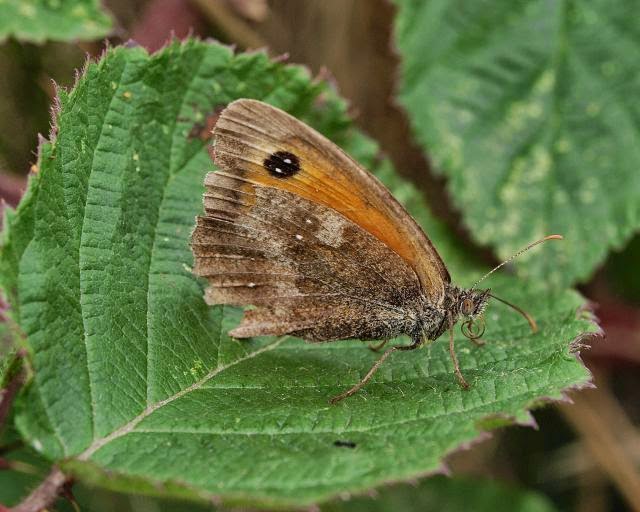